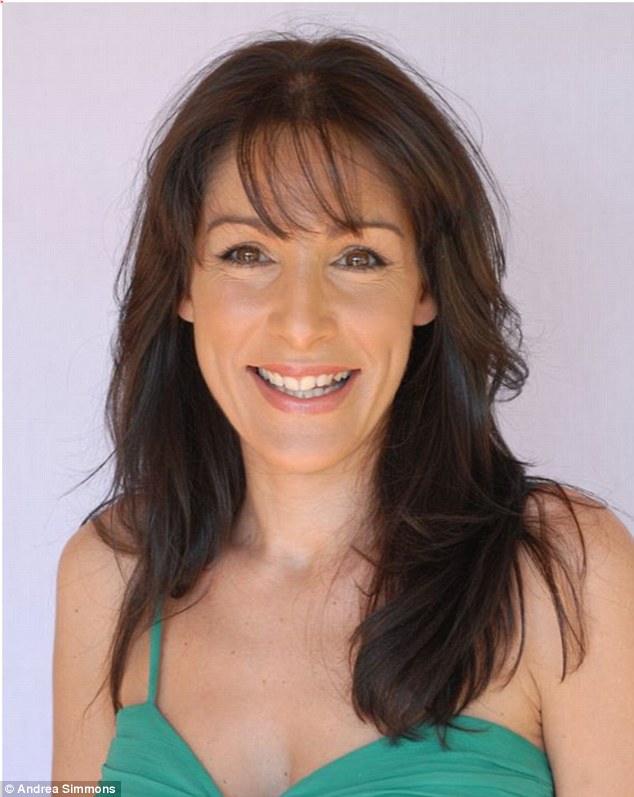 WHEN Andrea Simmons says crystal methamphetamine can affect anyone, it’s not hard to believe her. The loving mother-of-two was a high-flying businesswoman with an enviable lifestyle when she was first talked into trying ice at the age of 40. “I had never done drugs before and the person who offered it to me said, ‘Let your hair down for a minute, just smoke it, you can control it and stop if you don’t like it’,” she told news.com.au. “I was in a bad frame of mind at that time, going through a divorce, and I thought I was old enough and wise enough to not get addicted. It only took one try.”

Over the next two years Ms Simmons slumped into a $500-a-day addiction that ruined her career and her family and seriously threatened her health. She sold her belongings — including her successful construction company and other businesses, as well as luxury cars and her two houses — and deserted her friends and family as ice addiction tightened its steely grip on her life. She moved from the Gold Coast to Melbourne with her new partner, who fed her ravenous ice lust, and existed day-to-day with only the clothes on her back in the room where they lived. 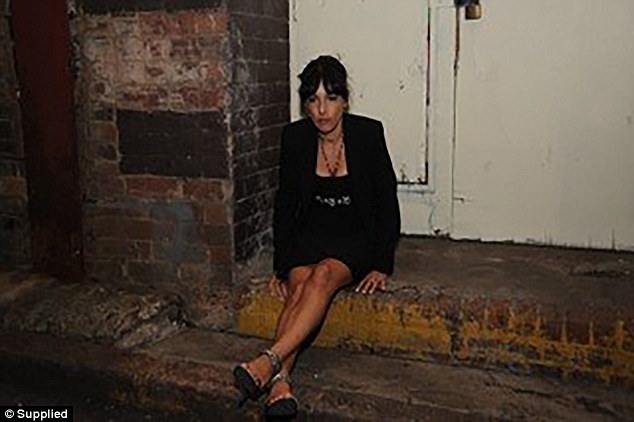 “It just tore me apart, not only financially — I’m still in debt from that — but emotionally. My soul, my family, everything I owned was stripped away from me,” she said. “I’m not proud to say I’ve stolen, I’ve lied, I’ve cheated, I’ve done things I’m not proud to admit. Ice hijacks your rational brain — you’re functioning day-to-day but that processing of consequence is not working.” Ms Simmons said it was a near-death experience, four years ago, that caused her to hit rock-bottom.

“I had a near-death experience on ice while taking some other drugs — that’s what people do, because they’re chasing the sensation of their first hit and they try to amp it up — and I went into a semi-coma and stopped breathing,” she said. “Still, though, the next day I went back for another hit of ice. I couldn’t lift my head off the pillow without another hit. My body was hurting and my mind was so fuzzy. “After that I had a supernatural experience, an epiphany if you want to call it that, and I was automatically driven to go home to the Gold Coast. All these coincidences started happening, all these doors started opening, for me to get back.” 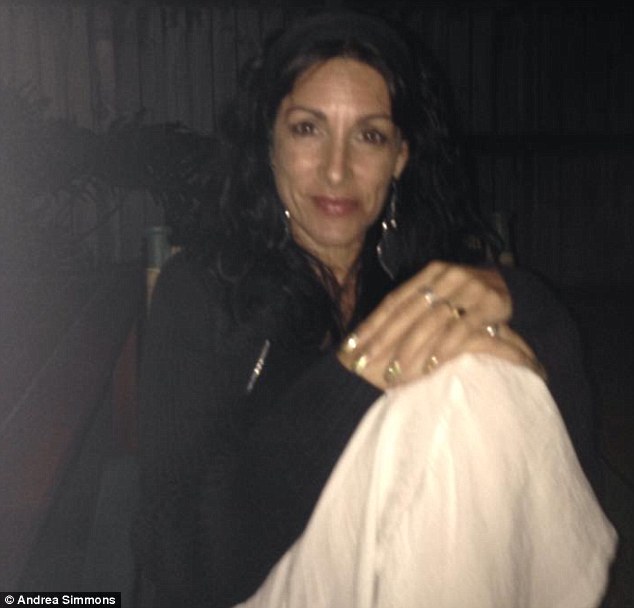 The mother-of-two sold everything she owned to fund her destructive habit. Picture: Andrea SimmonsSource:Supplied

Ms Simmons returned to the Queensland city with the small amount of money she had, and a determination to make the most out of her horror experience. Now, as the director of the Australian Anti Ice Campaign, she’s leading an assault on the drug that almost completely destroyed her life and is destroying the lives of thousands of others.

Australia is in the midst of an ice epidemic that is ravaging families and crippling communities. It’s the drug of choice among an increasing number of prison inmates, and it’s presenting dangerous new challenges to frontline services. More than 500,000 Australians aged 14 years and over have used ice in some form over the past year, according to the Australian Drug Foundation.

It’s also a lucrative business. Yesterday, Australian authorities seized $1.2 billion worth of the drug concealed in a shipment of silicon bra inserts and art supplies. Federal Justice Minister Michael Keenan said it was the largest liquid ice bust in Australia’s history. Ms Simmons said it was no doubt the ice scourge had reached crisis point.

“I think the reason this has become such an epidemic is that it can basically be made in a backyard with products you can get from the shelf, it gets into your brain very, very quickly if you try it, and you’re then caught in a space where you need the funds to keep your habit up, you can’t get off it,” she said. 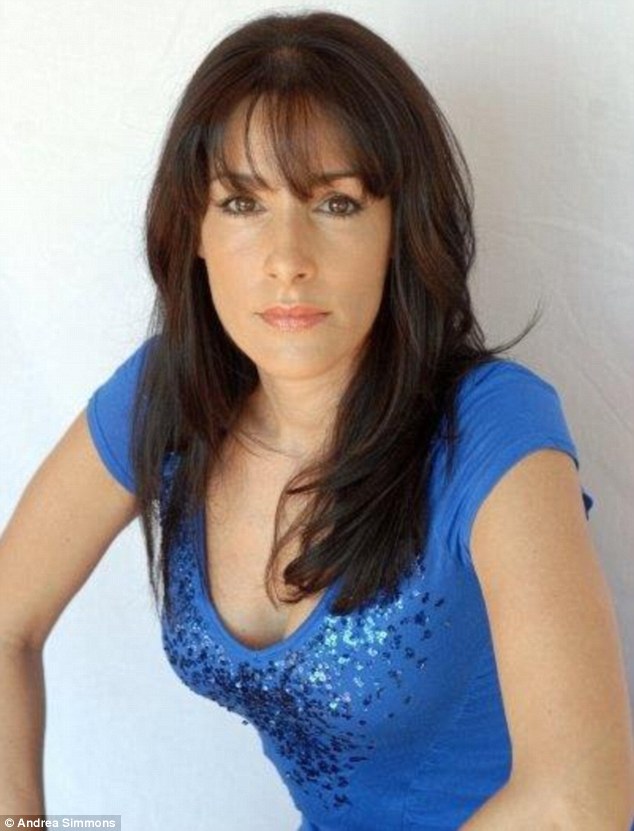 Not just content with her own recovery, Ms Simmons was motivated to help others after overcoming her ice addiction

ADDICTION CAN HAPPEN TO ANYONE

“What happens then is these people will do anything. And pushing [the drug] on other people is a means of income for their habit. It only takes one hit and you’re going down a downward spiral. It was a good six months before I realised I was actually addicted.” Ms Simmons, who now also runs her own TV and film production company, says many people harbour misconceptions about ice.

It’s not just a party drug and it doesn’t just affect disadvantaged communities, she said. Even the least likely of candidates can become an ice junkie — just like her. “I was a mum of two teenagers, I was 40 years old, I had been successful in business, by the time I was 21 I had earned my first million dollars. I was doing well,” she said. “I know people who are chemists, lawyers and major film producers who have amazing lives and they’ve gotten caught up in it from trying it once.

“People know marijuana, and because you can smoke ice, they don’t think ice is a heavy drug. They think they’ll just have a little bit. All your problems escape from your mind, and the happy, feel-good sensation is so overwhelming you’re forever chasing that. “And there’s a whole undercurrent world of pornography and sex and using and abusing, and as a woman it’s especially dangerous where it can take you. You’re just working on instinct — if you feel like stabbing someone, you think, well, do it. If you feel like something to eat, you think, I’ll go down to Coles and pinch something. 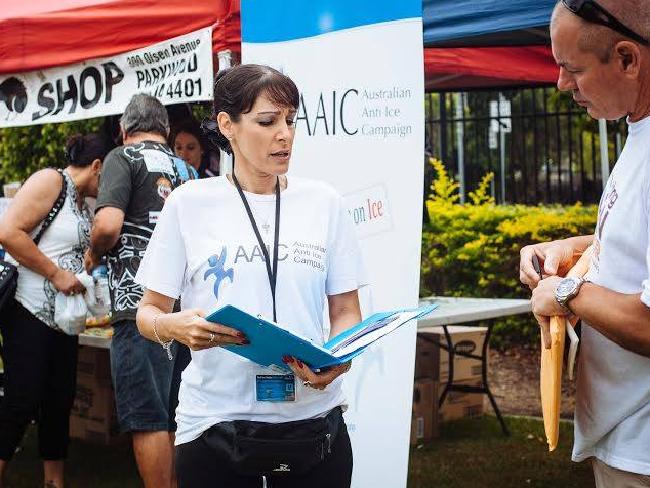 “When I got clean I sat back and thought, I wish somebody had warned me what I was about to take hold of.” The Australian Anti Ice Campaign uses a combination of social media and community work to educate communities about ice and how they can get help to addicts.

Using education approaches inspired by the non-profit US group Partnership for Drug-Free Kids, the campaign boasts a team of reformed ice addicts, like Ms Simmons, who are invited into high schools and youth correctional services to share their experiences and equip young people with the information they need to avoid a similar fate. “We basically go in there and say, ‘Look, I’m not your teacher, I’m not your parent and I’m not going to tell you what to do, but I am going to show you what happened to me and show that no one’s immune from this’,” Ms Simmons said.

“We find out what they know, what their challenges are, and educate them about ice, showing them what it would actually do to them. We give them the skills to say no, to walk away, and help their friends if they’re on it.” 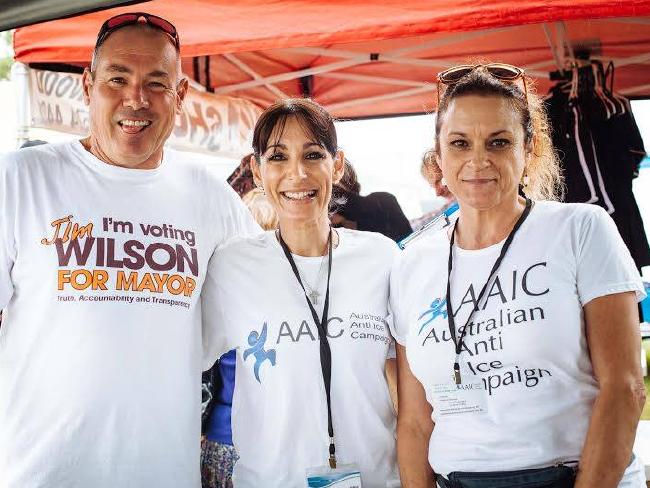 But it’s not just prevention that is the focus. On Wednesday, the Australian Anti Ice Campaign is teaming with local service providers and community leaders to host a public forum on the Gold Coast to teach communities about ice and what can be done to help those who are already addicted. “Families need to know how to help their loved ones and not enable them because a lot of families do enable loved ones because they don’t want to see them suffering, or homeless, or going through hard times,” Ms Simmons said. “We want to train people in the community about intervention and let them know where to get help, from rehabilitation to counseling and family support.
“This is about uniting the community to take action, and giving them the tools they need to help stop this ice epidemic. “Because everybody will be impacted by this, and if they haven’t yet, it will happen.”