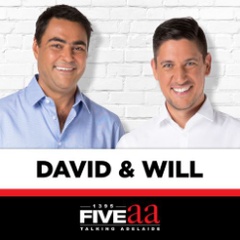 David and Will talk with Andre'a Simmons about Ice education in Adelaide. 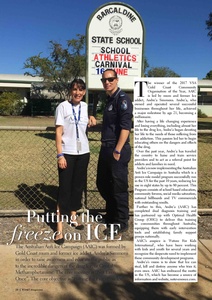 The Australian Anti Ice Campaign (AAIC) was formed by Gold Coast mum and former ice addict, Andre’a Simmons in order to raise awareness and educate the public as to the incredible dangers of the drug Ice, or Crystal Methamphetamine. The core message is “Not Even Once”. The core objective is “Putting the Freeze on Ice”

The winner of the 2017 VSA Gold Coast Community Organisation of the Year, AAIC is led by mum and former Ice addict, Andre’a Simmons. Andre’a, who owned and operated several successful businesses throughout her life, achieved a major milestone by age 21, becoming a millionaire.

After having a life changing experience and losing everything, including almost her life to the drug Ice, Andre’a began devoting her life to the needs of those suffering from Ice addiction. This passion led her to begin educating others on the dangers and effects of the drug.

Over the past year, Andre’a has traveled the country to liaise and train service providers and to act as a referral point for addicts and families in need

How God snatched an ice addict from hell

Andre’a Simmons was two years into an ice addiction that had robbed her of everything – her life, her mind, her family, her finances and her health – when God snatched her from a living hell.

“I said ‘you rescued me, Lord.’ He said ‘No, I snatched you!’ I’m still in awe of how people later said to me ‘that’s a biblical word,’” says Andre’a of the day God pinned her to the ground in front of an abandoned church and told her to get up and go home.

Andrea Simmons was a successful businesswoman and devoted mother when she nearly lost everything after she became addicted to Ice, also know as Crystal Methamphetamine.

How did it all go so wrong and how did her life finally turn around? Listen to our interview here.

GOLD COAST, AUSTRALIA: A community event run by Christian Biker Ministry, Chariots of Light in support of Ice awareness raised $4,800 which will directly fund an education programme for 480 Gold Coast high school students about the incredible dangers of the methamphetamine drug, Ice.

“Earlier this year, I was presented with alarming figures showing Ice use in Australia, particularly among Gold Coast youths, growing at an alarming rate,” comments Pastor Tony Walter-Girout, Chariots of Light President. “I decided to team up with the Australian Anti Ice Campaign (AAIC) to raise awareness about the incredible dangers of Ice and help roll out their education programmes in Gold Coast high schools which equips students with all the information needed to make the right decision if ever faced with the drug.”

AAIC is an unfunded, not-for-profit charity set up by Andre’a Simmons, a successful business woman and mother of two who has successfully recovered from an Ice addiction. Knowing firsthand just how fast the drug can lead to a downward spiral of Ice hell, Andre’a now works with other people who have recovered from Ice addiction to deliver education workshops in high schools, sharing real-life experiences to actively deter students from experimenting with the drug. AAIC workshops are receiving a phenomenal response from high schools across Australia and new requests continue to come in. 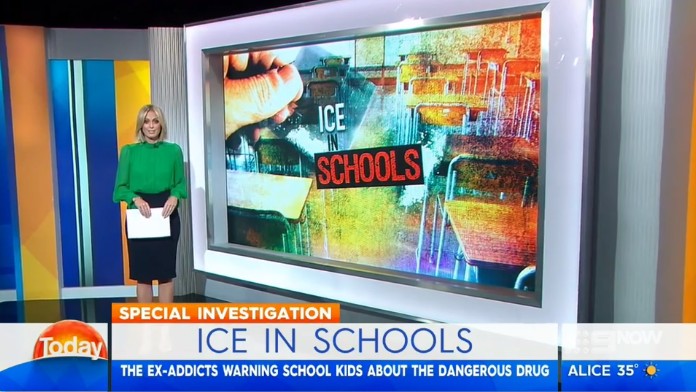 Watch our feature on the Today Show

A Current Affair - Inside Ice School

This recent A Current Affair exclusive provides an overview of  AAIC's In School Education Workshop Program:

Watch our feature on A Current Affair

Thousands of Australians turning up to work on methamphetamines

Thousands of Australians are turning up to work under the influence of methamphetamines, according to a new report from South Australia's peak business lobby.

SafeWork Laboratories forensic toxicologist Andrew Leibie — who worked on the report — said almost a quarter of a million Australians were high on ice at work "on any given day".

The report also found about 5,000 people in South Australia working in safety sensitive industries — 2.2 per cent of workers — were "either under the influence of ice or suffering its hangover effects".